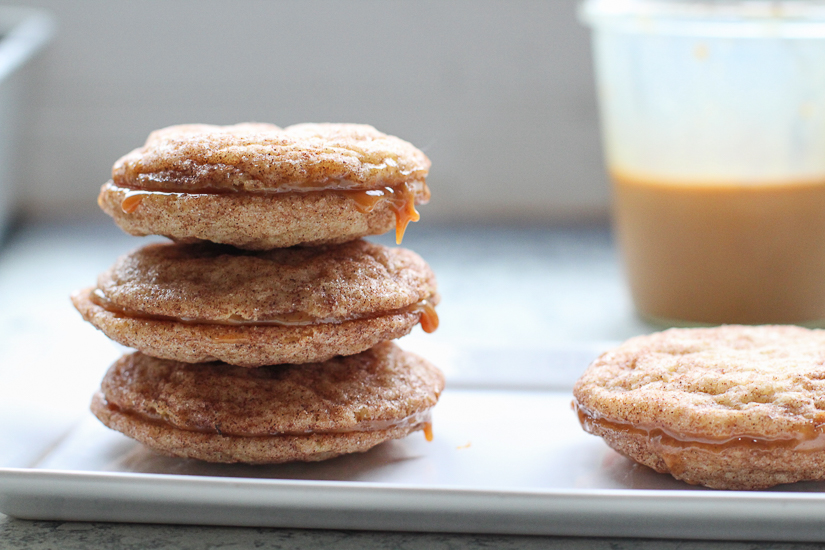 Everyone is making pie and here I am making cookies. Because there’s no wrong time for cookies. Let me hear an “amen!”

I don’t dislike pie, but when I want something fairly predictable and easy to make, my answer is always a cookie. These Dulce de Leche cookies come courtesy of America’s Test Kitchen. I LOVE this show. I love watching the banter between the bakers/cooks. I love seeing recipes that give me confidence to recreate them in my own kitchen. And I love that they have cookbooks available with cookie recipes. That is all that’s in this cookbook. Well, aside from bars, brownies, no-bake, Christmas, and gluten-free, there’s tons of cookie recipes 🙂 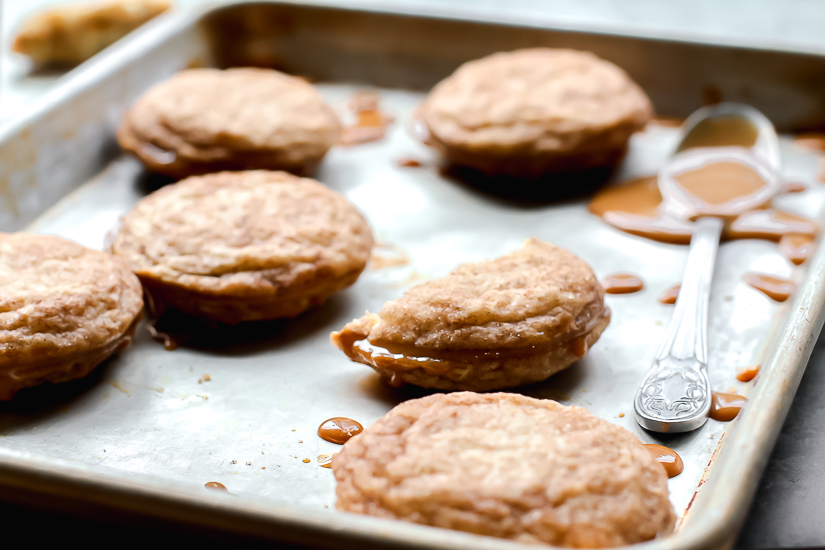 The recipe called for Dulce de Leche, which I probably would have been able to buy had I gone to a Mexican food specialty store. But instead, I made my own. It is so dang easy people. Two cans sweetened condensed milk that turn into the dreamiest caramel mixture you’ve ever seen. It’s like voodoo magic that milk in a can turns into caramel. 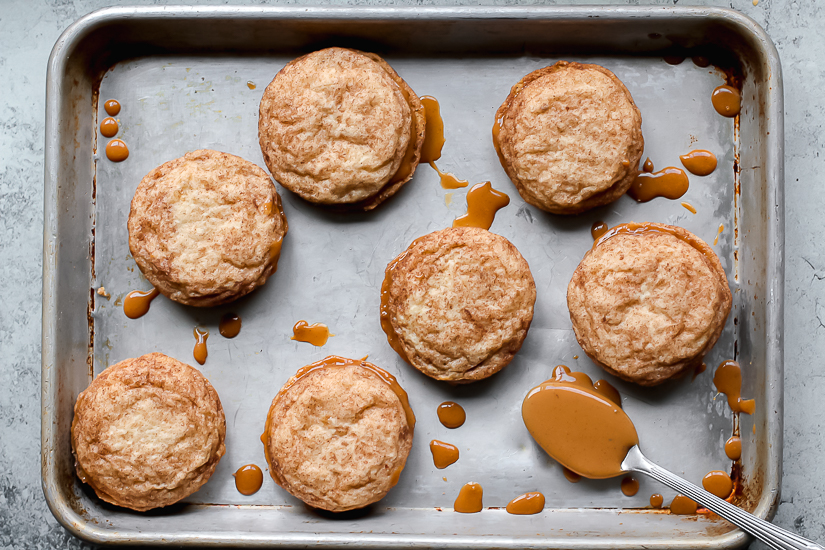 All the other ingredients you should have on hand, so if the caramel sauce is the only thing holding you back, I suggest running to your nearest grocer and snagging a couple cans of sweetened condensed milk and pop those babies into your crockpot. I have never tested this using a pressure cooker, so I’m going from my experience of using a slow cooker. Throw them in at night and when you wake up, voila! caramel!

For the dulce de leche:

This recipe makes a huge amount of dulce de leche, so start out by adding only a cup of it for the filling. I didn’t quite need all of the filling for the entire recipe.

You could also use store-bought cinnamon sugar mixture – which is the route I took. I have a jug I bought at the grocery store and keep in my pantry for when those cinnamon-sugar emergencies hit. 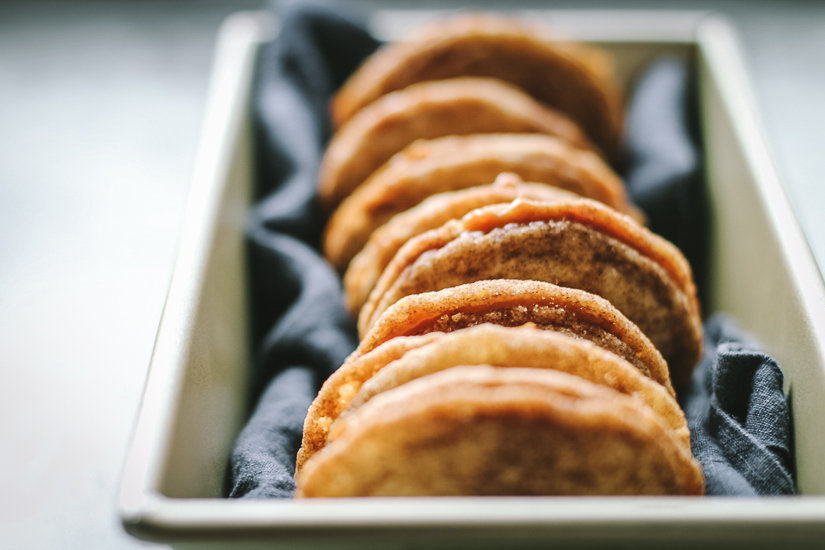