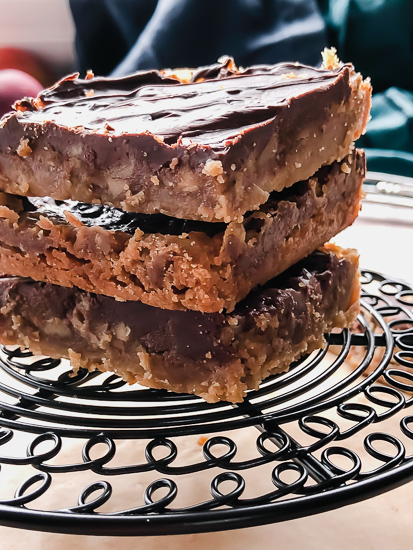 It seems there is never a time I am not in the kitchen cooking something up. I’ve been out most of the weekend with sports activities, so I wasn’t planning on working on anything these past two days.

I should have known that would never happen. You know you enjoy something when you’re dead tired, but still want to bake. So after basketball tryouts this afternoon, I peeled, cored, and cut up 6 pounds of apples to make apple butter. I’ve made this once before, but I found a recipe to tweak that was made in the crockpot. And instead of using sugar, it called for maple syrup. So, why not?! Recipe coming soon.

While that was cooking, I decided I wasn’t busy enough, so I found an old recipe for these “turtle cookies” that my husband swears are the same recipe his grandmother used to make. I haven’t made them in years, but happened across the recipe and decided to whip them up. 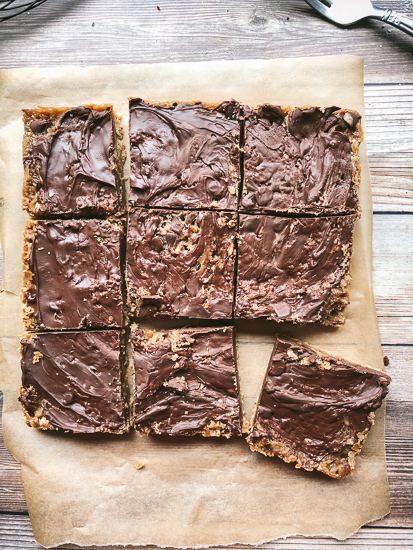 We’re pretty much crazy for anything that calls for caramel and a layer of chocolate. Oooh – that reminds me. I need to make some caramel popcorn. 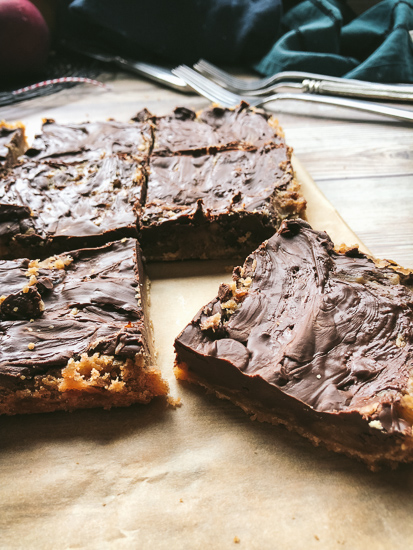 For the caramel layer:

To make the crust:

To make the caramel layer:

You could also use a large 9×13-inch pan for these. I wanted to be able to give some away and have some for my family, so I used two 8×8-inch square pans.